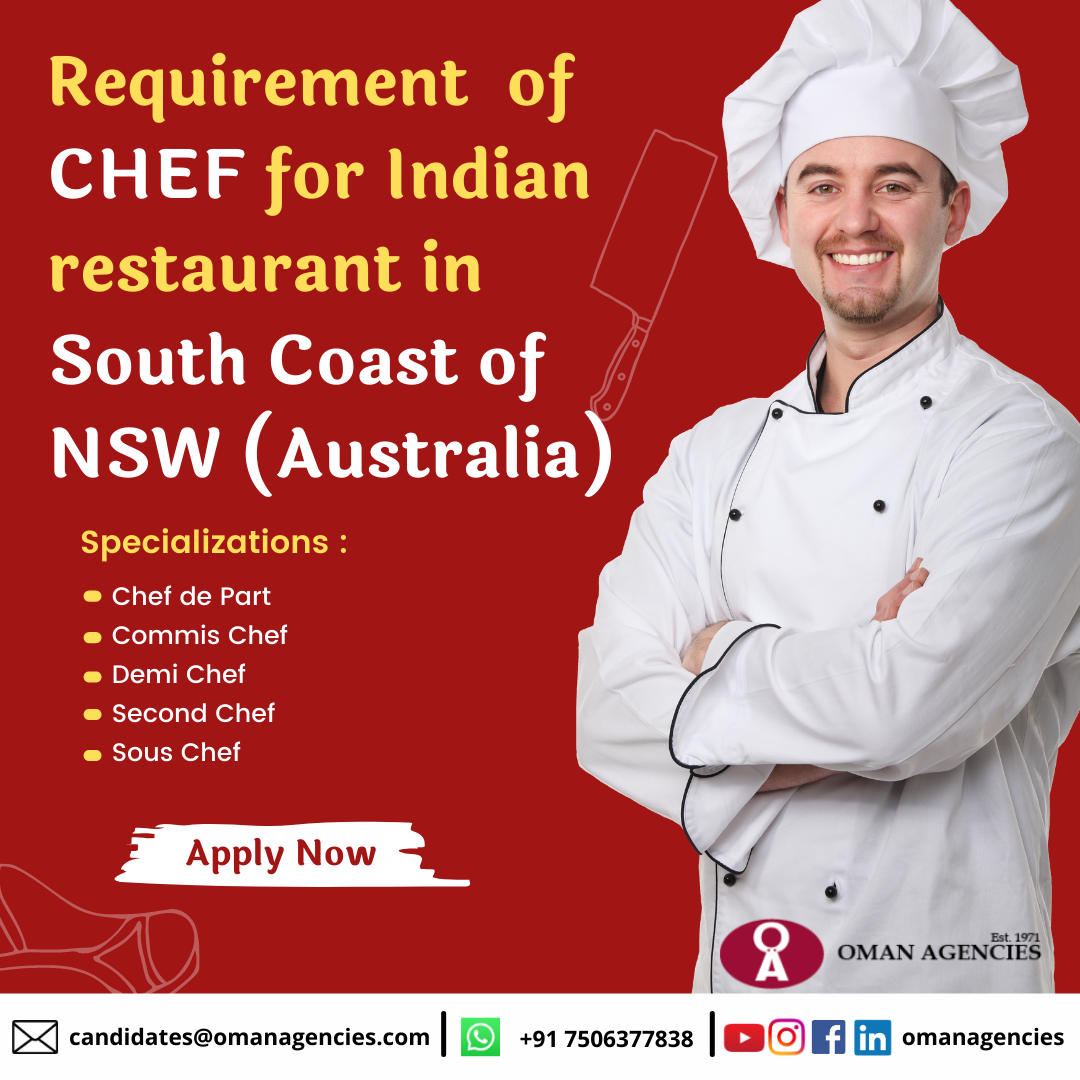 Requirement of Chef for Indian restaurant in South Coast of NSW, Australia

Tasks for offshore chef jobs at Indian restaurant in South Coast of NSW :

Most occupations in this unit group have a level of skill commensurate with the qualifications  and experience outlined below.

The required test scores have been increased for each English language test to:

Applicants do not need to demonstrate your English language proficiency if they fall into one of the  following categories of exempted persons:

Applicants are a passport holder from:

Applicants have completed at least 5 years of full-time study in at least a secondary level institution and where most classes were in English. We need the following information:

1) Name and location of the institution/s

3) Official transcript from the secondary and/or tertiary institution

5) Number of years of study

Applicant’s nominated occupation in Australia will be performed at:

1) Diplomatic or consular mission of another country

2) An Office of the Authorities of Taiwan

1) To hold a licence, registration or membership

2) You were granted the licence, registration, or membership

3) You had to prove that you had equal or higher English language proficiency than that listed in  the table below to be granted the licence, registration or membership

1) An employee of an overseas business

3) You will receive a guaranteed annual earnings of at least AUD 96,400

Hurry up and Apply Now for chef jobs in South Coast of NSW, Australia 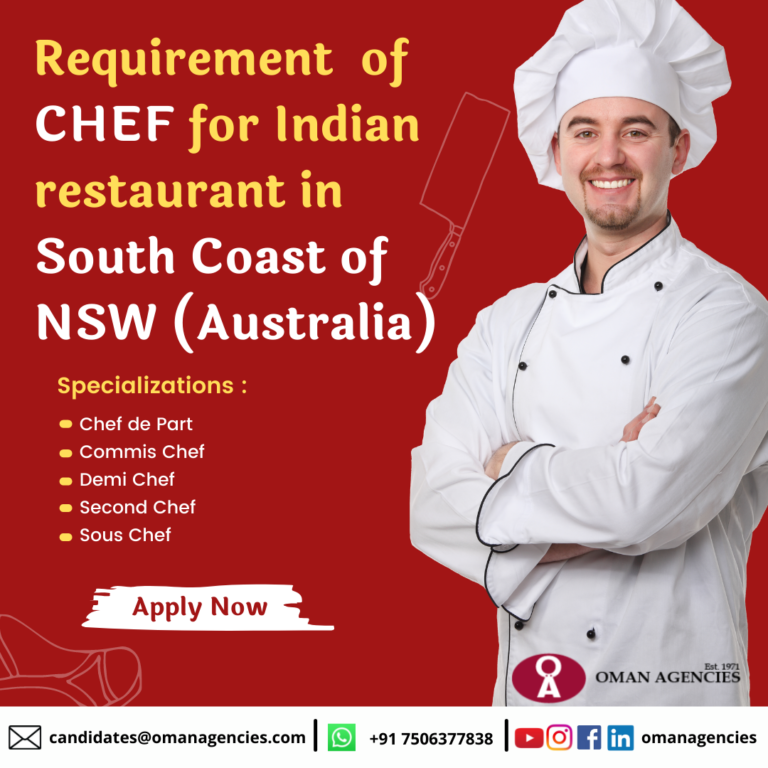